Diddy channels his Last Train to Paris vibe in a sultry shoot entitled, “A Brief Encounter,” with Russian model, Natalie Vodianova. There’s something thrilling and romantic about a train ride, and photographer Annie Leibowitz captures the sexy scene brilliantly. I especially love the shot of Natalie and Diddy going for a kiss as the train gears to pull off—that lingering moment when you have to say Good-bye but try to hold on for as long as possible. Just magical!

And can we add Diddy never looked more handsome than the first shot in a three-piece suit, tie and peacoat? Thank you, Grace Coddington, the [uber talented] Fashion Editor for this shoot.
*Ooo, and one more thing? So I knew I recognized the train station. They shot it in Hoboken (I’m a Jersey girl) where I’ve ironically spent many hours devouring Vogue while waiting for the train. Love it.* 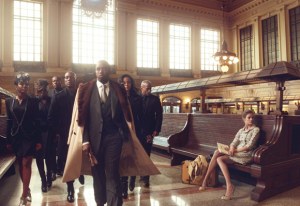 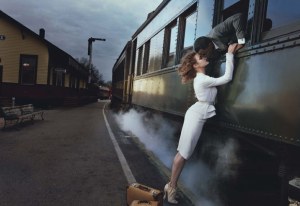 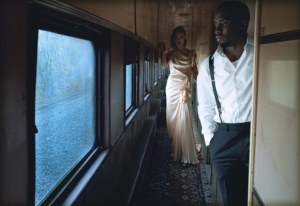 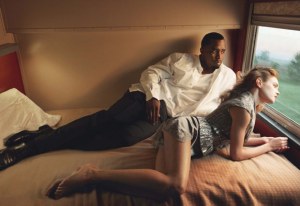 The Spanish Vogue shoot, photographed by Michelle Ferrara and styled by Maria Aguilar, taps into Iman’s international appeal as a budding starlet who radiates natural beauty. In girly, quirky and fun fashions, Chanel looks as vibrant as the blue and orange-hued dresses she models.

Both the American and Spanish Vogue spreads will appear in the February 2010 issues. What do you think of the shoots?