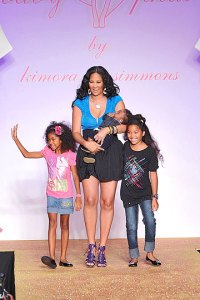 Amber Rose. Ice-T and Coco. Letoya Luckett. Teyana Taylor. Terrance J. Wale. Fonsworth Bentley and girlfriend, Faune Chambers. Nicole Ari Parker. Boris Kudjoe. June Ambrose. Emil Wilbekin. Mikki Taylor. Ursula Stephens. Alesha Renee. All these celebrity sightings can only mean one thing: The Baby Phat show. I attended the circus last night at the Roseland Ballroom, with fellow Glamazon, Ferocia, and Chantal Borgella, the publicist for Young Mel, Jay-Z’s nephew and the new rapper signed to Roc Nation that everyone’s talking about. While we caught the Spring 2010 lineup from the fourth row, hundreds of Baby Phat fans and critics saw the fashions on a jumbotron in Times Square where the show aired live. Yes, people. Kimora is as glamourous as it gets.

When we arrived at 52nd and 6th, the line outside looked like Summer Jam or worse, Saturday night at BB King’s in Times Square. Inside, was even more chaotic. We ran into Wale and Terrance J in the hallway, spotted Teyana Taylor giving an interview, saw fans take pictures with ANTM’s Miss J and pushed our way to our seats to spot June Ambrose and Emil Wilbekin chatting in the front row. While photographer Johnny Nunez snapped photos of every celebrity you can imagine, editors and fans mingled and chatted for what seemed like forever (50 minutes to be exact) before finally settling in their seats for the show to start. 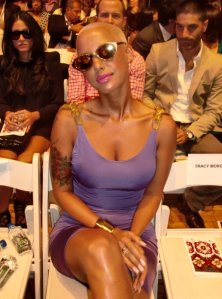 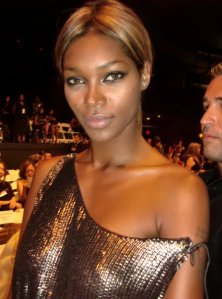 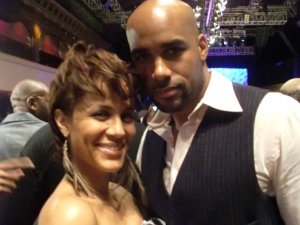 And the best looking couple of the year award goes to…Nicole Ari Parker and Boris Kudjoe. 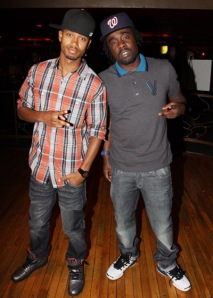 Wale and Terrance J. cracked jokes with us and hung out before the show. 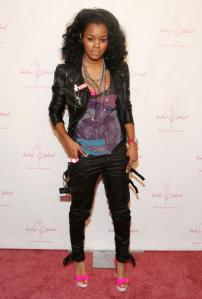 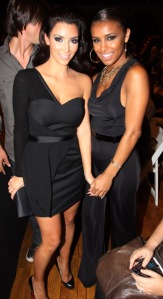 Kim Kardashian and Melody Thornton were anything but basic in black. 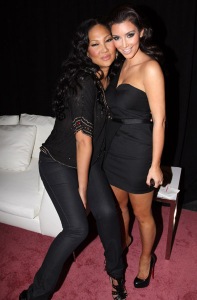 Kim Kardashian and Kimora get chummy at the afterparty. 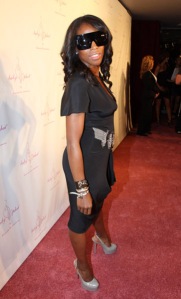 The diva of all divas, stylist June Ambrose, worked the red carpet. Love that she said she liked my bob! 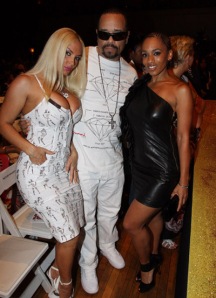 Ice-T and Coco pose for a picture in the front row.

As we sang along to blaring tunes including Wale’s “Chillin'” and Kid Cudi’s “Make Her Say,” we caught our first glimpse of the collection, aptly titled ‘Moroccan Kiss,’ which rendered a cacophony of color, eye-catching pattern and bold jewelry. Inspired by exotic Moroccan style and carefree 70’s fashion, Kimora showed a line-up of sweeping maxidresses, lace blouses and acid-wash jeans that invoked a summer romance on the beach. “It’s 70’s Morocco, but a bit modern, sexy, beachy. The colors are very steamy and romantic, smoldering,” said the newlywed mother of three. “I love color, the whole sultriness of it, the opulence of the people and the culture.” 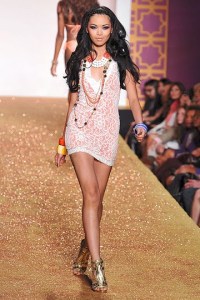 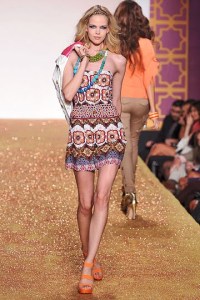 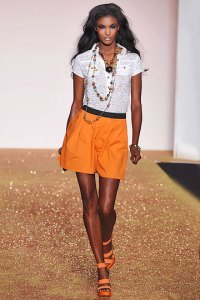 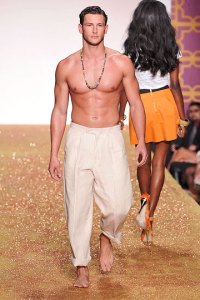 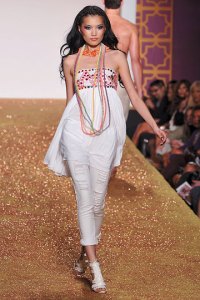 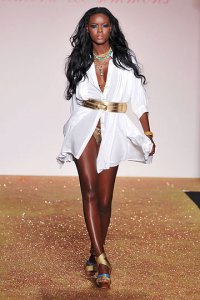 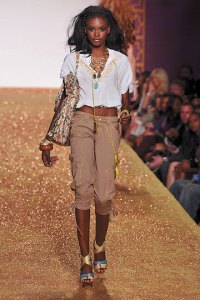 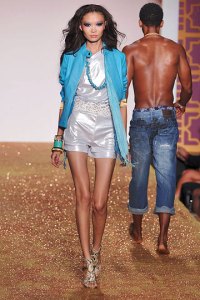 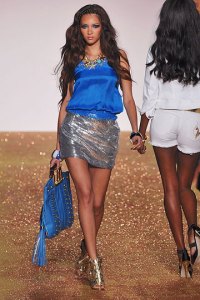 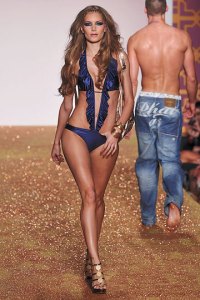 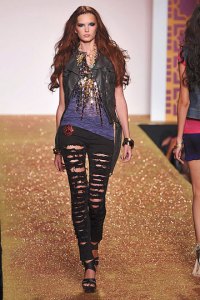 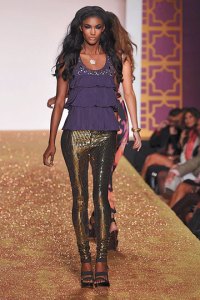 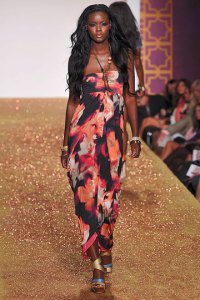 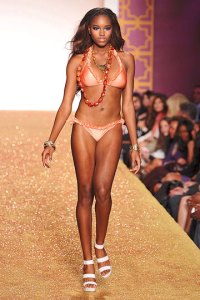 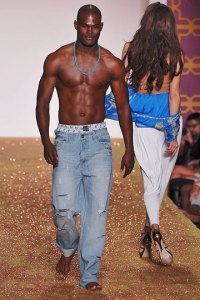 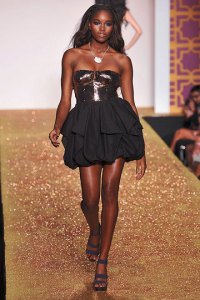 While other designers explored muted palettes of blush and gray, Kimora presented flirty, feminine looks in the resplendent colors of the beach, from sultry coral to oceanic turquoise. In keeping with the beach theme, Kimora’s take on swimwear was surprisingly subtle this season: a one-piece suit with ruffles adorning the bustline, a basic black bikini with a sheer purple cover-up. But her foray into minimalism ended there; the accessories—oversized, snakeskin printed bags—and sequined leggings delivered the signature excessive glamour expected from Baby Phat.

Kimora walked out at the end of the show with her two daughters, Ming and Aoki Lee, by her side and her new son, Kenzo, on her arm. But the real treat was the Micheal Jackson tribute at the end, where four models walked out to “P.Y.T.” in shirts that read “Baby,” on the front and “Phat,” on the back, bright liquid leggings and one glittery glove. Fab! The show definitely lived up to its title as the most dramatic show during Fashion Week. 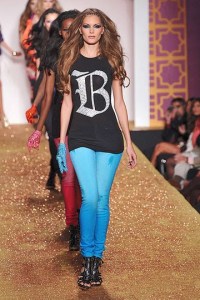 What do you think of the designs?